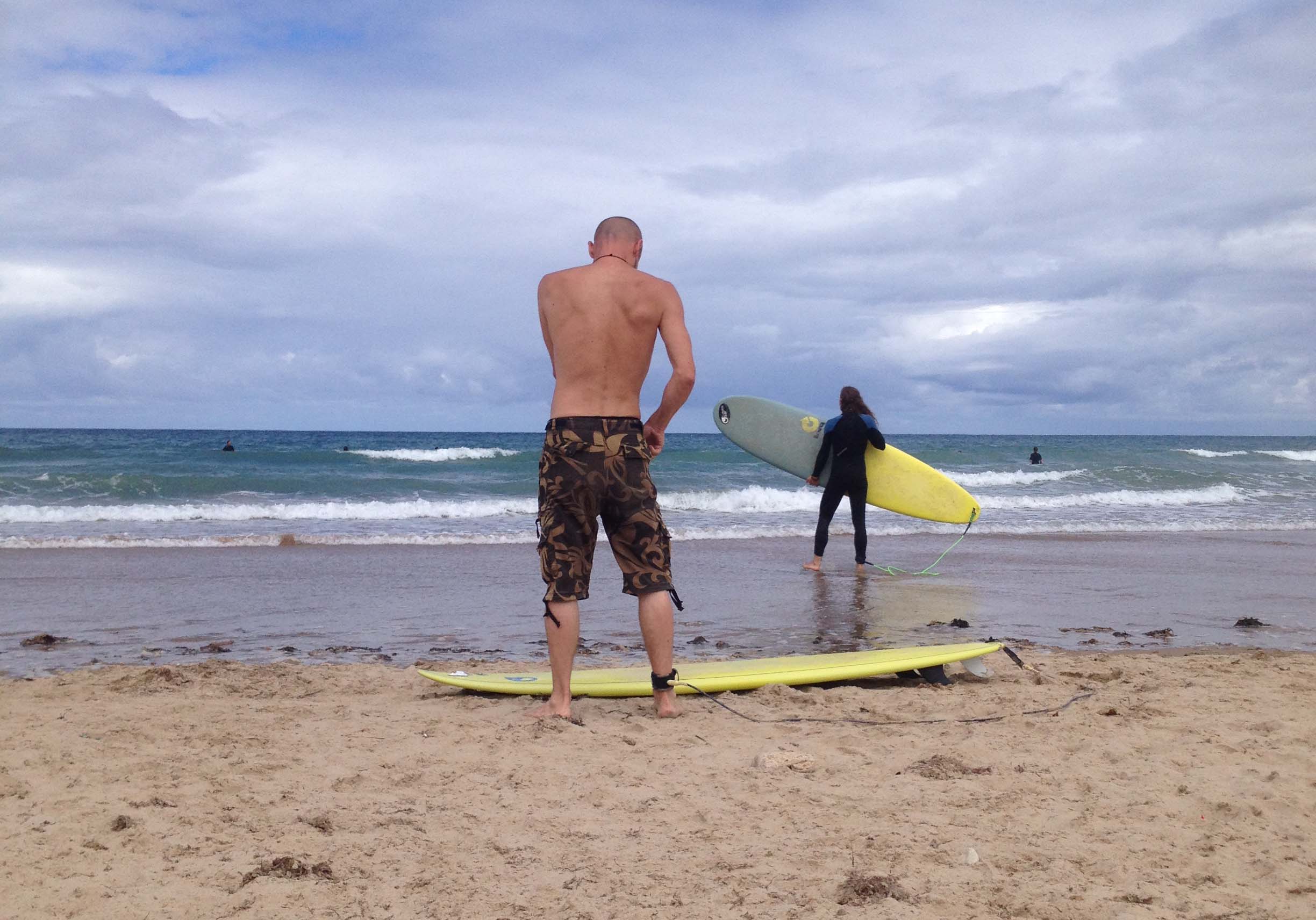 Philosophical anthropology – as opposed to its natural sciences counterpart – dedicates itself to the human being as a subject. It therefore focuses on the individual not as a biological being, but rather asking questions about the qualitative properties of humans: personality, freedom of decision and the possibility of self-determination. In doing so, the connection with, or rather, the area of conflict between the interior perspective of the subject and the exterior perspective of the observer seems denotative. Katrin Weissenbachers photographic work does not require intensive discussion in order to identify this philosophical approach as the operational basis of her artistic examination of society.

Born in 1990 and raised in the Aflenz Basin, she attended, after completing her scholastic education, the School for Healthcare and Nursing at the LKH Graz. She gained professional experience in the health sector by working, among others, at the General Hospital Vienna and most recently at the Schulthess Clinic in Zurich. By her own account, the interest in humanity manifested during her tenure in Vienna, which should not be surprising, since an occupation in this – a strenuous – line of work allows for a specialized view of the individual and his/her mannerisms. Yet a reduction of focus onto the individual as such would fall short, in fact the photographer aims to consider the individual’s place in society, his/her interaction with others and the therein arising origin of his/her conduct.

Weissenbacher further developed her photographic abilities at the LIK Academy for Photography and Design to, as she states, depict „the human being, society and the grey areas in between “. Nevertheless, the complexity of these snapshots is too great for the photographer to claim sovereignty of interpretation and determine the discernment of the displayed. In modification of one of the principles of hermeneutics, one is tempted to postulate regarding Weissenbacher’s photographic approach, “The observer, not the photographer, designates the picture’s meaning and significance.”

Martin Wirbel’s photographic work also concentrate on the relationship between humans and society, albeit with a different take on the subject and its view on it. The focus on the sociotechnical system seems more severe and the visible result quite relentlessly exposes the interpersonal network, in which the individual is trapped. At the same time, the constant aspiration towards maximum possible aesthetics manifests – what seems disparate forms a symbiosis in Wirbel’s photographs.

Born in Bruck/Mur in 1972 and raised in Aflenz, Martin Wirbel attended the higher technical school in the Upper-Styrian industrial town of Kapfenberg. From there on out, an interest in technics constituted a permanent part of his life. He used his first self-earned wage to purchase his first reflex camera at the age of 18. Apparently as a conscious (or subconscious?) counterpart to his technical education, he studied cultural anthropology at the University in Graz, finding a mentor in Elisabeth Katschnig-Fasch, who confronted him with socio-cultural questions, especially concerning humans and society. Aside from the predominant themes sports and youth culture, the field of technics never really released its grasp on Wirbel, as evidenced by his (unfinished) thesis topic “From the mechanisation to the virtualisation of the body”.

With his photographic work, he intends to not only to uncover social conditioning, he also enjoys fuelling interpersonal action, creating new and unforeseen projection surfaces und getting exciting results due to a sequence of nonrelational processes. Forever aesthetically composed, his multilevel, reciprocal settings (according to Foucault) discuss the modes of action of power structures by means of sexuality. The series „Narziss und Goldmund“ („Narcissus and Gold Mouth“) for example constitutes a manner of “truth establishment” in Wirbel’s photographic oevre.

Both have in common an aspiration to attain the highest possible technical perfection, the aesthetics of a picture and to always convey an interest in the artistic aspect. Should one try to find a contrasting pair, one might most likely title it moment/staging, whereby this – presumed – line of separation cuts through the photographic work of both protagonists.

The topical intersections between Katrin Weissenbacher and Martin Wirbel lead to the founding of the photo project KAM-Art in early 2017.